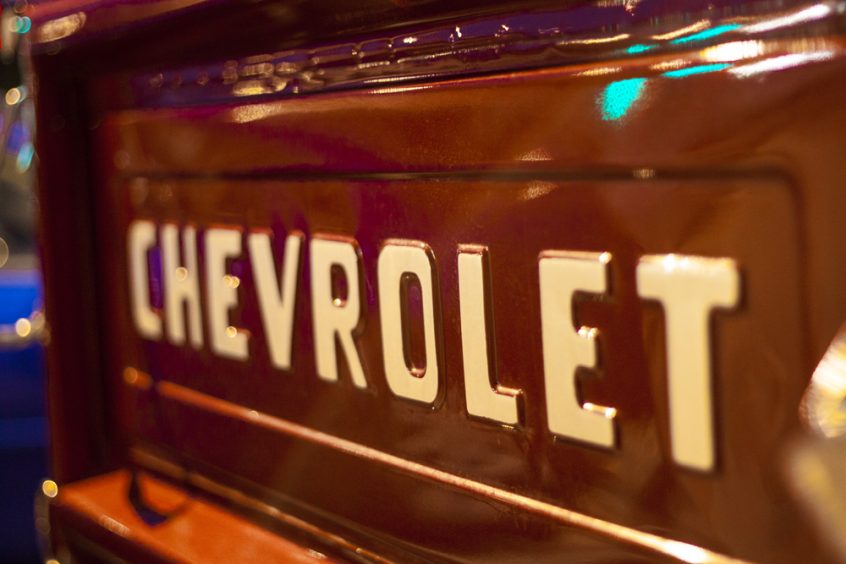 What are considered classic Chevy trucks?

When it comes to classic Chevy trucks, there may be many variations and years that are considered “classic”. Often, these trucks are immediately known as classic when you see one, but there are certain things that make a classic Chevy truck. Nothing speaks more classic truck than the 1950 Chevy truck. This truck brought with it new ideas and innovation that changed the truck industry.

The government shutdown all civilian production of Chevy trucks during World War II to focus on the military. Chevy did not start producing civilian trucks again until 1946. This period of drought in the car industry brought forth innovation and advancements that had never before been seen in the vehicle industry. Post-war creations led to the Advanced Truck that Chevy would produce from 1947-1954. The truck in this time period would eventually be called the 1950 Chevy truck.

There are certain things that characterize this truck and set it apart from others in that period as explained by The 1950 Chevy Truck – History, Characteristics, and Restoration, such as:

There were also other additions to this iconic truck, like:

These were some of the features that changed the industry. It makes you wonder if that break during World War II didn’t help the industry. It allowed additional time for innovation and testing which led to this revolutionary truck. These classic Chevy trucks were sleeker, more powerful, and overall larger than any of the earlier trucks of that time period. In 1954 this truck was offered with an automatic transmission, which was the first time a truck had an automatic transmission. The new designs that this truck had to offer made it a number one seller from 1947-1955 in the United States. This fact speaks volumes to its popularity and how the advancements brought people to the truck. For the same reasons, this truck still lures individuals out to look at them and restore them.

The popularity of this truck can be seen in some of the recent designs that Chevy has offered, such as the Chevy SSR and Chevy HHR. This truck design was so popular that Chevy played on the emotions of classic Chevy truck enthusiasts by bringing out other models that resembled the 1950 truck. This truck was truly a bright spot in American history. With all of its new designs and the post-war production, it was a prime candidate to succeed.

These classic Chevy trucks were desired during their production years and they may be as desired now for the car collectors and rebuilders. Many people are rebuilding these beauties and reminiscing on the history that surrounds this truck. However, many people would like to be a part of rebuilding this piece of history, but they do not know where to start. Building a classic Chevy truck can be overwhelming if you do not know where to go or what to do. There are some simple steps you can take to ensure your success.

How to get started building a classic Chevy truck?

You want to start building a classic Chevy truck. This can be a daunting task that scares off many when they get too close, but there are plenty of resources and knowledgeable individuals, like Your Custom Chevy Truck, to get you to where you want to be. So what are some of the things you should know before diving into a classic rebuild. The first thing that you should worry about when wanting to rebuild classic Chevy trucks is creating a plan. Without a plan and some organization, it may be a nightmare trying to figure everything out.

Planning will allow you to see the beginning from the end. It may take a lot of time to plan a rebuild or just to plan how to get the budget to pay someone or to rebuild on your own, but it will be worth it. Once you determine whether you are going to rebuild or have another do it for you, it will be the start of your planning. The rest of the planning should involve the budget, parts, and ultimately how to complete the project. There have been innumerable builds that have started and were never completed. This can almost always be attributed to a lack of careful planning.

Determining the budget should be the next thing on the list. Knowing when you are getting your money and how much will determine when you can make payments and buy the parts to continue the rebuild. It may be hard to determine how much a build will cost.

With certain detail it may not be too difficult to know what your budget should be, as explained by Hotrod. They said, “ if you sit down with a detailed list of parts, pieces, and work to be done, your estimate will be considerably more accurate. You can ask friends, use the Internet and vendor catalogs for resources, or talk to others who have built custom cars and trucks.” This advice will allow you to know almost the exact amount of money you will have to save to finish your goal. There is nothing worse than a surprise or something you didn’t account for before the build. This will often lead to an unfinished project.

Rubber Meets the Road and Patience

The next thing you should accomplish for rebuilding classic Chevy trucks is the work itself. Here, the planning and budget meet when the actual work begins on the truck. This work may bring with a lot of frustration. Parts may not fit, you may not be able to find certain parts, or some other unexpected event may happen. The key during these difficult times is patience. If you go in expecting there to be trouble, it will not be as difficult when it arises. Patience will allow you to finish the build while others who let frustration get to them will burn out and the truck will sit there for years.

With perseverance and the right planning, you will be able to finish the build and enjoy your classic Chevy truck. You will be able to cruise the open road enjoying the history behind this classic. Others will also be able to get some enjoyment by seeing it out on the road. There is another option to getting you out on the road, instead of rebuilding a classic truck on your own. If you have a classic truck that you have wanted to rebuild and do not have the time or expertise, there are others who have these skills and can rebuild it for you. Your Custom Chevy Truck has the knowledge to build you the custom chevy that you have always wanted.

We have many options that you can choose from. We have a standard option that will get a classic Chevy truck in beautiful, working condition. If this doesn’t fit your need, there are also many custom options that you can choose from. Whether you decide to do it on your own or have someone else do it for you, it is supposed to be enjoyed. Rebuilding should be time spent that is enjoyable and stress free. It is meant to get you away from your busy schedule. Whatever you decide, make sure that you are having fun. If you need help or have questions, contact us.