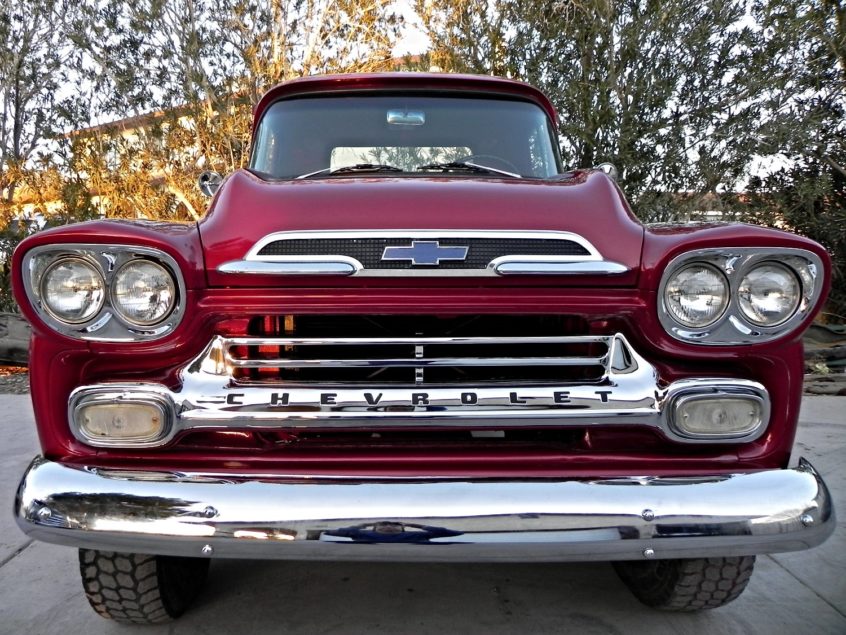 What makes a 1950 Chevy truck so popular?

The history surrounding the 1950 Chevy truck makes it a classic that many people long to rebuild and have. It was created right after World War II, a time in American history that was marked with change in a world that was seeking to rebuild. This truck design was first introduced in 1947. It was Chevy’s first post-war truck. It had many new designs that were not known in the car industry. The 1950 Chevy truck model was sure to change the industry. Not only did it change the industry but it has created a large following in the classical truck community.

These new trucks were called the ‘Advance Style” trucks. The cab was larger and the grill orientation was changed. The design sparked the industry to create a more roomy and comfortable drive. These trucks made in the 1947 could be understood by a model number. They were distinguished by the number that was placed in the side of the hood. For example, 3100 was for a ½ ton truck while 3600 was for a ¾ ton truck.

The engines mostly remained the same, but had a few tweaks. For instance, cold engine drivability was enhanced by a hand choke. These new designs created immense popularity throughout the country making the sells for this new truck skyrocket.

The 1950 Chevy truck continued to have other upgrades as explained in History of the 1950’s Chevy Truck, such as:

These additional changes continued to make this Chevy truck popular among consumers. More and more were being sold. This truck design began to change the industry, which has led to it being popular today. Restoring this truck is truly reviving a piece of American history. To demonstrate the popularity of this 1950 Chevy truck, Cheat Sheet has said, “At a time when Detroit was beginning to develop pickups separately from car lines, Chevy’s trucks stood out from the pack. From a sales standpoint, 1950 was the truck’s high point. An impressive 494,753 customers took one home. For perspective, the U.S. population in 1950 was less than half the size it is today, yet Chevy still sold more trucks that year than Ram did in 2016.” They were very popular back in their day and they are just as popular today amongst car enthusiasts.

From the new features that set this truck apart from the others to the post-war creativity, the 1950 Chevy truck is a rebuild for anyone that enjoys smooth rides and American history.

NADAGuides has laid out prices from the original price to high retail right now. The following lays out the worth of a 1950 Chevy truck today:

As you can see, prices vary greatly from when first introduced to a fully restored and clean 1950 Chevy truck. The worth of your truck will depend on many factors. If your truck is in good working condition and has been restored, then you may fall somewhere between average and high retail. Even if you have a 1950 Chevy truck that is sitting in the field, it still has great value, as suggested by the low retail price.

How can Your Custom Chevy assist you in your truck build?

If you are looking into a 1950 Chevy truck, you are probably either an owner of one or have always dreamt of buying one. Your Custom Chevy can help you get the exact 1950 Chevy truck that you have always dreamed of having. When you want to rebuild your truck, it is important to get everything that you have always wanted. One thing you do not want to have after you receive your custom Chevy is regret. Thinking I should have done this or that is the worst thing when it comes to custom builds. Having an expert to walk you through the process and help you make decisions, is essential to avoiding regret. So, you want a custom 1950 Chevy truck to drive the open roads. At times, it is hard to know what the next step is in the process to getting you on the road in a beautiful restored Chevy.

Your Custom Chevy can direct you to where you want to be. However, what exactly can you have done at Your Custom Chevy? They are all about custom classic Chevy trucks. They believe that classic trucks should be out on the road and not in some field rusting or behind glass at a museum. They are supposed to be enjoyed by the owner and those who get the privilege of seeing them around town.

There are standard and custom features that can be made on your dream 1950 Chevy truck. You will not find a better price to get the custom Chevy that you have always wanted. This includes changes and customization to interior and exterior. There are many features in their standard build that are amazing, such as:

These are just of the few of the accessories when you order a standard custom Chevy. If you are truly seeking for that special, individualized build, then the custom option will be for you. There are numerous other options for an individual build. If you are not finding what you want in the standard build, then look to the custom build. Some of the custom options include, bucket seats, fuel injection, and a big window cab, just to name a few. The key is that you get everything that you want in your 1950 Chevy truck.

There are some people that just want it restored as close to original condition as possible. There are also others that want a custom build. They want the look of the 1950 Chevy truck but with all the technological upgrades that today has to offer. These upgrades can make your Chevy truck as efficient as many vehicles produced today and keep you on the road for years to come.

It should be understood that there are some original parts that are non-existent or difficult to find. Some of these parts will have to be replaced with aftermarket parts that are similar to the original, but are not the original. For example, original emblems are often difficult to find and cost a lot of money, which is why they are replaced with reproductions. However, if it is your desire to have original parts, then it may be possible. But it will cost more to hunt these parts down. Your Custom Chevy can help you build your dream 1950 Chevy truck. They can get you out on the road enjoying an incredible piece of history.